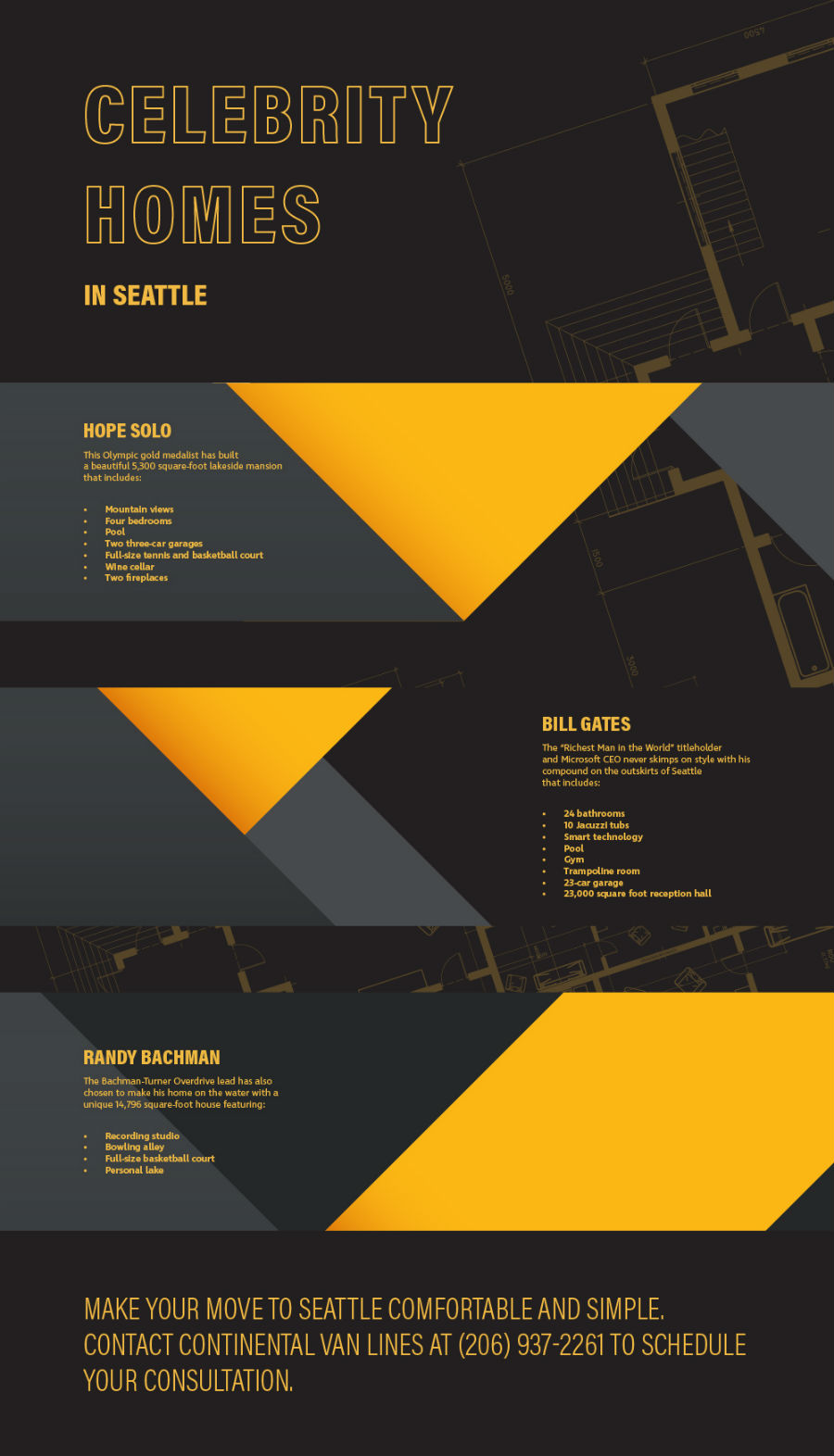 Americans and international visitors alike gravitate toward the glitz and glam of large cities, especially those with a sizable celebrity population. Locations like Los Angeles and New York City have a reputation for housing some of show business’s biggest names, attracting tourists from all over the world hoping to catch a glimpse of their silver screen idols. However, few people realize more celebrities are making their homes in slightly smaller cities, such as Seattle, to escape the bustle of America’s largest cities. While walking the streets of America’s coffee capital, be sure to keep an eye out for these famous celebrities and their secret abodes.

Despite recent legal troubles, soccer superstar Hope Solo has lived a life of luxury thanks to her athletic talent. To avoid the pomp of Los Angeles and New York City, Solo has chosen to settle down in the Northwest for a time, constructing a monster of a home just outside Seattle in Kirkland. Her 5,300 square foot mansion sports four bedrooms, full-size tennis and basketball courts, a pool and hot tub, two fireplaces, two three-car garages and incredible mountain views. This waterfront property on Lake Washington is truly a home fit for an Olympic gold medalist.

When the holder of the title “Richest Man in the World” moves into town, you know his house will be anything but quaint. Microsoft CEO Bill Gates also built his home on the shores of Lake Washington, though the structure is better described as a compound than a home. This outrageous mansion features 24 bathroom, 10 Jacuzzi tubs, one 23-car garage, customizable smart technology in each and every room, trampoline room, pool, gym and a 23,000 square foot reception hall. You read that correctly. Of course, his place on the gorgeous lake also includes multiple docks for his boats.

If there’s one thing Randy Bachman of Bachman-Turner Overdrive does well, it’s “takin’ care of business” for his family. His Seattle area residence was originally intended as a beautiful retreat home for vacations, but the Bachman clan has since moved in full-time. The house emanates Old World elegance with its Tudor style curb appeal while also providing contemporary comforts like a state-of-the-art recording studio and bowling alley. The 14,796 square foot mansion houses eight bedrooms, an eight-car garage, full basketball court and includes a small personal lake on the property.

Seattle residents can do a fair bit of star-spotting on the streets of this gorgeous city. For those hoping to make a home in Seattle like these celebrities have, the moving experts at Continental Van Lines can help make your move easier. Our moving professionals understand how important your possessions are when trying to make a new city your home, so you can always expect nothing less than respect and dedicated service during the process. Contact us online or call (206) 937-2261 to receive your consultation today!